Saturday’s After Dark Moments is where authors choose a sexy picture and write flash fiction 100-500 words inspired by it. My piece this week is called The Dancer.  Enjoy
Writers 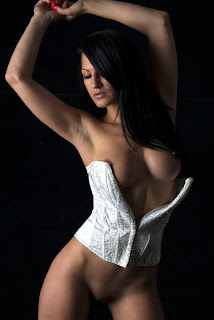 The music seduced him first. Exotic, alluring, it drew him closer to the house with the open window. Being new to the area, he did not know the occupiers, but went as close to the window as he dared.
The curtains were open and Matt, standing at the side of the window, keeping himself out of sight of anyone in the room dared to peek inside. The music appeared to be louder and Matt was amazed at what he saw.
A slender woman with long dark hair, he assumed to be Latino in origin owing to the dusky hue of her skin, danced.  The most amazing thing about her, however, and Matt’s eyes opened quite considerably at the fact, was that she was almost naked.  The only thing she had on was a white corset. Even that was partially open at the top, and extremely revealing of her perky tits with prominent nipples that moved with a beckoning nature when she swayed to the rhythm.
The music was seductive enough but the way she danced made Matt desire her above all other women.
She seemed in a world of her own.  She had her hands together above her head and her elbows slightly bent. Her jawline was elfin, petite. With eyes closed and lips pursed, she seemed at one with the music. The way her hips swayed and her legs moved, with such grace and ease seemed intoxicating. Every now and then, Matt caught a glimpse of her delicate, fresh shaved pussy.
He licked his lips. His throat felt dry and a bead of sweat ran down Matt’s face.  He sensed a stirring in his groin and his shirt clung to his chest. Drawn like a magnet as close as he dared to the window and feeling a bit like a peeping Tom, he could not help but keep looking.
Feeling really turned on Matt glanced down at his crotch. He realized then just how much and hard he had become. His hardness pressed inside his trousers and was very difficult to disguise. He covered it with his hand and looked up at the window again.
Then he saw she was not alone. Sitting in an armchair was a sharp suited man with short back and sides. What worried Matt most though was the fact he had a gun. Also the fact that it was pointed right at him …
*******************************************************
Posted by Naomi Shaw at 14:59 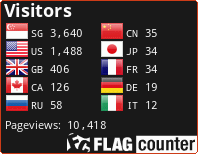