3 March
Today is the turn of Don Abdul
a mentor of mine from the past and an interesting man
First off, may I would like to thank you very much for agreeing to an interview on my blog.
Pull up a comfortable seat. Can I fix you a drink?

Well Naomi, thanks for having me. I’ll take a glass of milk if that’s ok with you. LOL 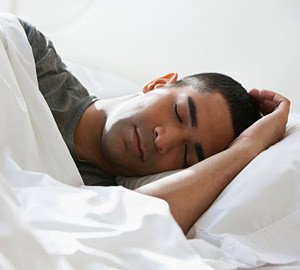 You must be very proud. Lets move on.
What prompted you to be a writer?
I actually started writing back in junior high school. Back then I wrote mostly poetry about the wonders of nature all around me from the perspective of a small town lad. Then in senior high school the subject changed to the joys and heartaches of boy-girl relationships
I simply had a basic instinct to write, and I had a feeling that my life wasn’t complete without it. Writing helped me make sense of the world around me.
Do you get any support?
In my teenage years, my mom would buy me dozens of novels, and I enjoyed reading so much. My dad would have me write essays even though I’d much rather write poetry.
I went underground and started writing erotic fiction in 2005. That part of things has remained in the shadows as far as family is concerned. LOL (smut is a sin they would say).
The support of friends both in RL and online had been tremendous however, and I remain grateful for that.

What genre do you write?

It mist be difficult to come up with different ideas.

Well there are the nine muses that speak to me when nobody else is listening. LOL
Seriously though, I have been known to draw inspiration from just about everything really. Having an interesting chat with friends’ online and watching movies. Others include listening to music, watching animals getting it on, and from erotic pictures.  I also find the complex relationships of real life people around me inspirational as well.
Do you have any favourite books?
Oh yes I do but they are too numerous to mention in the course of a single interview.
And which authors who have influenced you the most?
I wouldn’t say there’s just one; there are many of them over the years including Tom Clancy, James Patterson and Robert Ludlum... Oops, John Grisham too... I told you too numerous to mention.
Is there a specific genre you would like to write but not done yet?
Science fiction and crime drama.


I see it. I hear you do your own cover art. Nice. 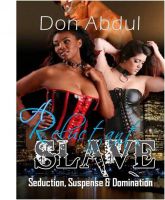 When the sanctity of Nimah Washington’s office is violated by the appearance of a rude and audacious note from a Dominant stranger, the sexy 26 year old African American executive knows she has to take action. In order to get to the bottom of the rather disconcerting intrusion into her secure and orderly world, she must submit to the Phantom.
She plays along with the kinky mind games in order to discover the Phantom’s true identity. As she embarks on a journey filled with suspense and excitement, her hidden submissive desire is awakened.
Will she give in to her kinky submissive desire, or will her strength and self confidence get in the way?
My work can be found at the following  links
e-books:              http://www.a1adultebooks.com/site.php?aut=722
http://www.smashwords.com/profile/view/DonAbdul
What was your big break?
My big break was the publishing of my first e-book Taboo Sex Run Wild in 2010, five years after I started writing erotic fiction. It was a turning point for me as a writer.
Where do you do most of your writing and do you have difficulty staying focussed?
I do most of writing in my living room, on my laptop, with soft music or muted TV in the background. Usually in my underwear *Winks*
I only write when I’m in the mood and so staying focussed isn’t a problem when I’m in the mood. I am driven.

If you weren’t a writer, what would you like to do?
I’m doing it already. So I guess I am lucky to be doing two things that I truly enjoy.
Do you have any hobbies?
Do you even need to ask? LOL

Seriously, yes I do. They are writing, reading and making new friends. Everything else fits in nicely in between. LOL


I can see you are aiming to be a full time writer. You have a passion for it.