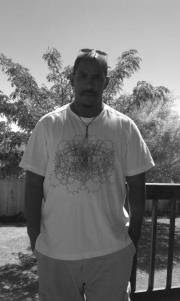 Hey there Ray, come in, grab a drink. No, not that one. It’s mine lol. Okay we would like to know some about you. Give! Tell you what – here’s the microphone, I’ll cut in when you need to draw breath!
Hey, Hiyadoin’? I’m Ray Sostre, 35, (good looking. Sorry couldn’t resist) from a town located by the Utah border in Nevada called West Wendover. I’m a second generation Puerto Rican in the states and I write erotic romance, mainly contemporary. I’m an electronica junkie and I’ve been listening to it before mid-America called it way cool! I’m a city boy by heart, but I live out in the middle of the desert, keeping busy with my online story submission site AfterDark Online and my ebook
Getting into writing happened by accident. It was 22 years ago, in September 1990, I was serving detention after school and I wanted to get through my hour detention, so I started writing. I later started writing screenplays and enjoyed reading them. Til this day, I still have a fascination for screenplays, but I lost interest in the late 90s and didn’t get back to it until the summer of 2010; this time I found a new muse... erotica.
You’ll have to look out those screenplays and see if you can make anything of them.

I’m also in a great relationship with a woman who’s been the backbone of my success, my dear woman name Mary. I could do it by myself, but I couldn’t have done it without her help. In addition, my father gave me the support, he reminds me about hang in there and don’t give up. When I got back into writing, I was rusty as hell and I needed to get back into the game by re-learning the techniques.
My father told me it takes time, but stay determined.

He was a wise man. Reminiscent of Winston Churchill. Sorry, the floor is yours. As they say, do carry on. This is fascinating

Is there any particular author who has influenced you the most?
Yeah, Dawne Prochilo and Jodi Olson. The reason why they have influenced me is that their style is easy to identify the most. Dawne has a way of making the scenes so vivid. I was influenced to keep my scenes as vivid as possible. The way she ends, her stories are always sentimental. Jodi’s style is as much vivid, but she has a way of putting the details of the characters on one chapter, and keeps you anticipated until you read the end of her stories. Both define their comedy and twists in different ways, but I can truly identify with their style. So they influenced me.

Is there a specific genre you would like to write but not done yet?
BDSM has been an interest, not to be my genre, but to try out. I am not big on some of the things that are written in that genre, but I admire the way the authors put. They put their heart into it. I would do it to see how versatile I can be.
I never written a transgendered romance, but maybe I will. I mean they are human; they have feelings and so far, I know of only one author that targets that genre. I wouldn’t mind touching that topic too.
I would also like to write several f/f stories and f/m/f romance stories. I’m currently working on that, but this is all new stuff and I am willing to learn and try out other topics.
When did you consider yourself ‘a writer’?
Great question! When I let it go of writing in 1997, I picked up my headphones and a vinyl record and called myself a club DJ. However, my life was in hiatus from 2004 to 2010. I didn’t call myself a writer until I published my first official eBook in 2011 Their First Night Together. I guess that’s when I knew I was a writer. But  you’re a writer when you decide you were going to get back into it and pay your dues, by writing your first story. Whether it gets published on a submission site or as an eBook, you made the effort of being a writer.
Do you have a favourite character from one of your books? If so, why?
Tyler Jones and Darla Wright have been my focus. Although, it’s been some months since I finished this unpublished story, I want it to be the signature of who I am and what I really write.
Tyler is the reserved kind of guy, but sociable among his peers. Darla is the outgoing woman, who keeps Tyler’s life interesting as well as hers’. I wrote an e-novel About The Night Ride Home and once I have this officially completed, I’m planning on making a series out the two, because I fell in love with these characters as well as the secondary and third characters. I want to bring life to them; they deserve a few more series. 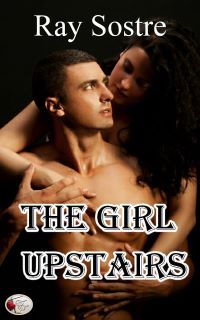 Have you a recent release, or one due out?
Well, I just got accepted to Romance Divine for my upcoming eBook The Girl Upstairs. I have no due date available, but I’m glad on my success. I honestly didn’t think I get there, but I did.

Come check out my fan page on Facebook: Author Ray Sostre http://www.facebook.com/home.php#!/pages/Author-Ray-Sostre/264670686930310
My blog is The AfterDark World: http://www.theafterdarkworld.blogspot.com
and when you have a chance to read some good submitted stories, check out AfterDark Onine. http://www.afterdark-online.com
What was your big break?

At this time, September 2011. I found out the place I worked for was being sold to someone else and it was closing down, and I just recently published my first eBook Their First Night Together.
It was rough around edges on how I wrote it, but it created a lot of attention and one in particular by the name of Jodi Olson discovered me. She gave me pointers and patient with me on getting my writing style right. Had it not been from her, I wouldn’t have been accepted with a publisher.
Where do you do most of your writing and how do you stay focussed?
Much of last year, I used to write in my job and home. But nowadays, I write at home. These days, I dream of being on my computer. It’s the arena I truly know, lol.
I’m an entrepreneur. Even though I work for someone else, I will break for nothing to be a businessman. I was always an entrepreneur as a kid and I am today. I made mistakes in the past and how else would I learn from it. Writing is my love, but otherwise I would put myself into business.
Aside of writing. I do web design on my spare time. I enjoy playing poker, online poker to best describe. I live in Nevada where there’s a bunch of wannabees acting like they’re hardcore. Besides, I play poker for fun, never for money.
Good on you hon, I can see you have your head screwed on.
Hand me a Kamikazee and we’re good!
Your wish is my command
What five words describe you?
Loner, Interesting, Talkative, Modest, and Relaxed.

The jury is still out on some of those lol!
Currently, I’m writing two stories Suburbian Secrets, Part Two: Secret Rendezvous This story will explain about Felicia’s intentions of an open relationship. She gains the trust and confidence of three individuals separately; Kyle, her husband John, and her co-worker Sathya. It’s a work-in-progress right now.
I’m also working on an older woman/younger man romance Finding Possibilities. This story is about a woman who just turned forty and meets a charming man that is ten years younger than her. She never thought that being in a relationship with a younger man would be so much fun, but her older sister doesn’t approve of her relationship with Darius, and tries to ruin it for Faith, to hook her up with another man.
Go on, a sneak peek please, seeing as it’s me


Here is an excerpt of The Girl Upstairs for you


“My brother can be such a jerk sometime. He’s my big brother, but he plays big brother waytoo much whenever’s he wearing his badge.”
“Well, he just being protective of you.”
“Overly-protective. Sometimes he meddles in my life too much. I wish he would understand that I’m a big girl.”
“You’ll always be his baby sister.”
“I know. You know, Carlito...” She rolled her eyes quickly. “I’m—”
“It’s alright.”
“I can’t help it. I really love your name.” She looked up, “I really had a great time with you.”
“So did I... Annabella”
He gave a smile, feeling a sudden air of seduction before closing his eyes, letting his mouth find hers.
Bella spoke against his lips, “The way you sound out my name; I don’t mind.”
“I love your name.” He sucked on her bottom lip with tenderness.
He let his hands run over her body, while slipping his tongue inside her mouth. He felt her exhale hard against him, as he felt her hand on his neck, pulling him closer.
His excitement was bursting through his jeans. He pinned her against the door and ran his fingers under her dress. In return, he felt her fingers digging inside his jeans, past his boxer while grabbing on his ass. He felt her grip, she was hungry for him and she pushed him further to her body.
“Is he gone, really gone?”
“Uh-huh! He’s been long gone.” Suddenly she purred seductively, “Take off your pants I want you, Carlos.”
The way she expressed her desire for him made him anxious to be inside her. He stepped back and unbuttoned his jeans, while watching her raise her dress and slipping off her panties.
Once his pants dropped, he moved closer and kissed her hungrily. He felt her hand on his cock, his tip being caressed in her possession. The feeling of her touch was hypnotizing; he gazed into her inviting eyes one last time before taking her in another kiss.
That’s great! Thanks, I wish you great success
Finally, what are your goals?

My pleasure, you're wecome anytime. :)