This week my guest is Pablo Michaels. A very good friend and talented writer. We know him on Facebook as Michael T Jordan He needed coaxing to talk about himself , so treat him gently. I think you will be surprised. He's quite a character.

Enough of the intro, welcome. The stage is yours. Tell us about the writer Pablo 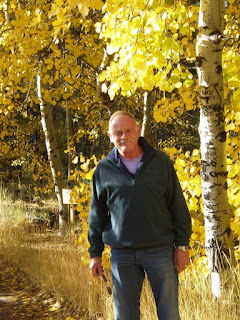 Thank you Naomi. Pablo Michaels is very pleased to be here. Your generosity has given me the chance to promote my story, "A Night at San Gregorio Beach", included in the publication of the book, The "Boys Club". I’m also overwhelmed to present Pablo Michaels as a writer.
Pablo started his life believing in a god and non-violence. At an early age he dismissed conventional religion and believed god was found in every living entity in people, everything on earth and the universe. He is physically and psychiatrically disabled, but he overcomes his obstacles with exercises, love and the need to express himself with the tool of prose. He made the vow to meet a man and love him for the rest of his life, surround himself with friends and improve his skill in writing. He fails sometimes, but rebounds with conviction to improve his life, primarily through the voices that control his written words. He dedicates his life to the process of peace, romance and LGBT erotic love. He currently supplements his income with small gardening projects. He hopes people will understand the lust for life, more than what Ernest Hemingway wrote during his times in the middle twentieth century. He invites you into his den where all his inspiration to write is born.
Besides reading and writing, Pablo has many interests. One of which is the most important, I love my husband and I need to have sex with him as often as we are able. Of course I look and flirt with other men. That's just my true nature. Even though I cook most every day, I enjoy trying new recipes to feed my husband's hungry stomach and guests. I believe God is right here on earth and the universe with everyone and everything. People just have to look for god with enthusiasm and live in moment to appreciate the world around you. I am natural when it comes to being part of nature. I guess I inherited that from my father who was an outdoors man. I love to go to the ocean and be naked walking down the beach and walking through the incoming waves and whitecaps. I'll never give up gardening. Although it was my trade, I still am enthusiastic about caring for all the plants in our gardens. I rise early and watch the stars and moon above when it is not cloudy. October moons are my favorite. I am a simple person and try to live my life as such. I grab existence while I can in the state of now, attempting to not look back or forward.
Starting as a late bloomer in writing. I published a short story in 1986 in an anthology for a literary magazine. I wrote during that decade producing novels, plays short stories and poems. I began a novel in 1990 and stopped writing despite encouragement by a few friends. I did not re-enter the writing scene until 2004 and published short stories with an online literary magazine and scribd.com I became friends with Gina Kincade and Penny Petersson, who published short stories, poems and my first attempt at a novel, Catnip, Rosemary, Rage and Time in The Mistress Journals and Between the Sheets. That book was much of a rough draft, until I rewrote it and self-published it without an editor with Xlibris. Meanwhile, Pablo published “When Johnny Comes Marching Home Again, Hooray in 2010.

He also also published “Pagan Knights of Cambria” in 2010 with Life of Riley Productions.
Without much fanfare and sales, Gina Kincade invited Pablo to join Naughty Nights Press.
"A Night at San Gregorio Beach" in the gay anthology "The Boys Club" was published earlier this year. I’m proud to be an author with Naughty Nights Press.
Readers can buy Catnip Rosemary, Rage and Time at amazon.com and barnesandnoble.com. Unfortunately, my two other books are no longer published because the publishing company lost their funding. 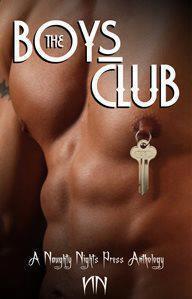 The Boys Club is available at
http://www.allromanceebooks.com/product-theboysclub-812782-166.html
and
http://www.amazon.com/dp/B0087TUF06
The updates on my fiction are available on
http://www.facebook.com/PabloMichaelsAuthor123
and
http://pmmanmanromance.weebly.com/
Pablo also participates in Tantalizing Tuesday Teasers at  http://tantalizingtuesday.blogspot.com
for a story of exactly two hundred words based on a photograph.
I leave you with an excerpt from A Night at San Gregorio Beach. I originally wrote this fantasy in 2006, but thanks to edits by Penny Peterson it is part of The Boys Club.
Blurb
Barry, tired of meeting transient gay men in bars, restrooms and rest stops, hopes to meet a man for a committing relationship at a nude beach, where he camps out for the night.
Excerpt
I made camp at the furthest end of the beach, where few people congregated, I was free to shed my remaining clothes and spread out my opened sleeping bag to lie in the sun’s warming rays.
As I lay on my back, the sun’s intensity became stronger, covering my face and chest with a sheen of moisture.  This caused me to become aroused. The cool mist of the ocean spray gave some relief to my heated state.
A few men had spread towels to lay in the sun not very far away, their bodies close to mine in age and very toned from the gym.  They scrutinized my body with interest, especially the one with long, jet, black hair who smiled at me.
My groin swelled into an erection, so much so, that I had to turn over and lie on my stomach.  Embarrassed by this state and the heat of the blazing sun beating down, I reached for a bottle of warm water in my backpack, while my skin burned and sweat poured down my sides.
When my two neighbors wandered around a cliff close by, more men with muscular physiques traversed the cliff with the oncoming rush of waves.
Deciding to follow out of curiosity, I saw a small cove ahead with a large cliff descending down the north end that ended this stretch of beach.  I viewed a group of men stroking each other’s dicks; I walked along the sand further until a tunnel in the cliff where the tide had receded tantalized me.
*****************************************
Thank you, Naomi for having me as your tainted guest.
It has been a pleasure, you’re welcome anytime.
Posted by Naomi Shaw at 11:47