After a writing break I'm back. And this week I bring you an exerpt from my WIP The Locket. Here we find Sorcha, sent from Ireland to England to work in service, has just arrived at the house where she is to take up the position of a maid. 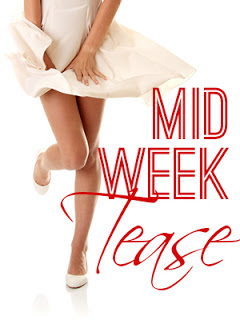 They finally arrived at dusk. Leaving the road, the horses guided the carriage down a long, fir lined driveway and finally drew up to a halt at the front of Grantham House. Sorcha looked out, her mind filled with anticipation at the huge stone building that was going to be her future residence.

Sorcha carefully got down from the carriage, smoothed down her skirt and checked to see if her hair was still tidy. She thanked the coach driver, who had done a sterling job getting her safely there, gave the horses a quick pet and picked up her bag heading toward the house, each footstep crunching on the stones underfoot.

In the dim light of late evening, Grantham House transcended before her, huge, like no place she had ever seen before, almost menacing. Sorcha suddenly wished she was back home in Ireland, sitting by a cosy fire, surrounded by her brothers and sisters, talking to her Ma. She scolded herself inwardly, for not looking forward to this new adventure. She lifted her arm up to knock the door. Taking hold of the doorknocker, a huge brass one with a lions head,the weight and enormity of it surprised her and as Sorcha lifted, it slipped from her fingers and returned to the huge oak door with a large thud.

After a few minutes the door opened and a man of medium build, who wore a dark suit, and dry, aging skin peered down at her. He had thinning white hair and heavy bags under his squinting blue eyes, and before Sorcha could speak, he barked a couple of questions at her.

“Hello. Are you expected? What is your name.”

Sorcha suddenly found her voice again. “I'm Sorcha, and I'm the new maid. I am expected.”

“Ah. Well, you're late. I'm Lambert, butler to the house. You'll need to go around to the side, where the servant's entrance is.” His look softened as he gave her a thin lipped smile, then pointed out the direction Sorcha should go. “I'll let the housekeeper, Mrs Madison know that you are here.”

Sorcha thanked him and picked up her bag again, following the butler's directions to the servants entrance. The door was far less grand than the main door, although still oak only had a small less ornate doorknocker. Shortly after knocking, the door was opened by a tall, thin, very angular looking woman, who Sorcha guessed was in her forties.