When I asked Rae to join me for an interview I had no idea what an interesting person she would turn out to be. So join me today as she talks about herself.
So, here goes. This is Rae. First off, I’d like to thank you for giving me this opportunity to speak.
My pleasure.
I’m blessed because my life has never been boring. Born and bred in the UK, I eventually went on to attend the prestigious University of St. Andrews in Scotland. 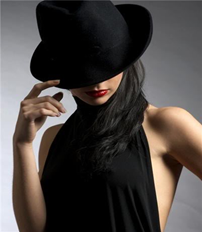 I had opportunities such as working as a fashion model, photographer and even as an extra in Hollywood movies. Using the experience and knowledge I had gained, I went on to head up my own public relations firm that had a photograph division. This allowed me to work alongside World Class photographers.
These days I am using those skills in a different direction. I’m doing a lot of writing and also analyzing photographs for clients.
Entering into erotic romance is not really a new thing for me as I have written stories since my childhood. I call this a new phase.
My series called “Lovers Undercover” began with a book entitled “Impassioned”. It was published early 2012 and has definitely enthused me to write more.
I’ll give you some contact links
Blog:  http://www.raemccartney-rae.blogspot.com/?zx=3fc762c317b614c3
Website:  http://raemccartney.webs.com/
www.facebook.com/rae.mccartney.5
Romance Novel Center:  http://www.romancenovelcenter.com/raemccartneywebscom
Twitter:  @RaeMacca
I’d like to leave you with an excerpt of my latest in the series called “Devoted”.
Blurb 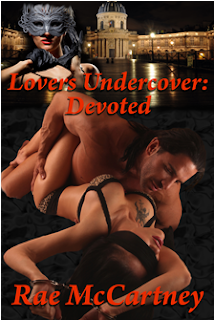 Logan McGregor is a music superstar. . .he’s also a man of many talents. Hidden talents.  Some that he’s been forced to reveal and use. Ones that he wished would have stayed hidden.
Scarlett Bouvier is not only his lover, she’s his business partner and Logan would do anything to protect her and keep her out of harm’s way. But Scarlett is stubborn and does not take no for an answer. A savvy and successful businesswoman in her own right, Scarlett is a force to be reckoned with – both in the boardroom and the bedroom.
But someone from Scarlett’s past has revealed themselves and must be stopped. Someone who uses the world of sex clubs and BDSM as a front to their own dark and illegal enterprise. And Logan and Scarlett are the only two who can successfully infiltrate and help put an end to the madness.
Travel with the pair as they find themselves in the elite world of Monte Carlo, the exclusive clubs of Paris to Las Vegas as they chase down a sinister figure, and Logan introduces Scarlett to a world she’s only read about.
Excerpt
I trailed a nail down his bicep. “I was just wondering if you had anything you had to do today or if today is just for us. You were rather vague last evening when we talked.”
“No way! No f-in’ way in f-in’ hell am I going to partake if that is what they want me to do. No way!”
Logan lay on his back, his muscular forearm now over his eyes while he listened to my rant. He’d known all along that my reaction would be exactly what he was hearing. I was also sure it was his job to convince me otherwise.
“Logan, are you listening to me?” I pushed his arm away from his face. “There is no way I’m going to be part of some of the kinky crap you’re suggesting.”
“Well love, if you refuse the agency will be forced to place an active, experienced female agent with me.” I could feel his glare as he watched my reaction closely.
“So what you’re telling me is…if I don’t learn this lifestyle and go undercover with you where we’ll partake in this crap, you’ll go undercover anyway. Only you’ll go with a female agent who is already trained in this stuff. Did I leave anything out?” I sat abruptly upright on the bed and swung my legs over the side. I was pissed.
Angry over the entire situation.
“No, you didn’t leave anything out, and yes that’s exactly what’s going to happen if you decide you’d rather not participate.”
I nervously paced the bedroom. My head was spinning and had a good idea what may come next.
“Tell me something Logan. You obviously trained for this during the time you were away. I can’t imagine you having to re-learn how to handle weapons for six weeks. So you want to tell me about this part of your training or should I just leave it up to my imagination?”
“Scarlett, you don’t know anything about this lifestyle so don’t try and imagine what is entailed. And yes, I trained with an experienced female as well as an experienced Dom.”
I felt sure he neglected to mention the fact that he had dabbled in the lifestyle prior to meeting me. I had done my research and it had been long before we ever met. It had evidently been a way for him to decompress after his missions with the SAS.
*********************************************
Sounds really good, I wish you the very best. It's been great seeing you. You're welcome any time.
Posted by Naomi Shaw at 10:00