Welcome to Weekend Writing Warriors, the weekly hop for everyone who loves to write! Every Sunday wonderful authors post eight to ten  sentences of their work. Please show some love by following the links and reading. Comments are always appreciated My offering is from my WIP The Locket. Here, Jake, who is away at a conference, has had a visitor in his hotel room. 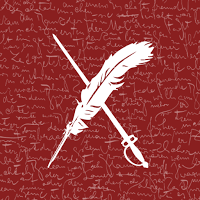 Sonia glanced down at his legs briefly, then kicked off her stilettos and shed her coat, letting it drop to the floor, where it swished to a halt in a heap around her slim ankles. This revealed the rest of her black basque, and lacy top black fish net stockings.

She lost any upper hand from then on, however as his eyes held her, rooted to the spot. She felt Jake's eyes almost burn her, as his gaze moved slowly, drinking in her body. Beginning at her toes, he journeyed upward, along her stocking adorned legs, up to the lacy tops and where he paused momentarily at her hips, murmuring soft coos of approval searched for panties and saw none. She tried to move forward as he continued up, but his gaze held her. Sonia's hands though went behind her, almost grasping the wall. Her heaving breasts strained beneath the tight constraints of the corset, and Sonia shook her hair, the long locks tumbling down onto them, meeting with Jake's eyes. Beads of perspiration appeared on her forehead, and, looking down Sonia felt happy at the sight of Jake's straining lump at his groin.