New Release 28October - Julez Morbius: For the love of Leon

Today I bring to you news of the latest release by my friend and talented writer J.S. Morbius

About the author
Julez S. Morbius is the pseudonym of an engaged father to nine children, four of his own and five stepchildren. He is also partially disabled, having been born with a neurological condition that has caused his nervous system to deteriorate over the years and finds writing to be the way to express his feelings, and fantasies.
Having been writing for less than five years, Star Search, published by Naughty Nights Press in November 2011, was his first release. This was followed by an appearance in the gay male anthology The Boy's Club, also published by Naughty Nights Press, where he had two stories, Opposites Attract and Room for Two.
His second stand-alone release, Addicted to Charlie, came out in June 2012, quickly followed by Naughty Hot Shots - Reunited at a Reunion, which earned him his first ever bestseller certificate from his publisher, NNP, and then shortly after that his next Transgender release, Naughty Hot Shots - Top Of The Class, which earned him yet another silver star at All Romance Ebooks on the very first day.
Julez has several stories, both gay male and transgender, currently on the editing table of his publisher that he hopes will be out to his fans shortly. A recent surgery to assist him in his mobility has added to the unfortunate delayed releases, but now that Julez is on the mend he has jumped back into the wonderfully busy process of working with his editor to cultivate his upcoming works.
Julez now considers writing to be his main occupation, and continues to write, mainly in gay male, transgender and cross dressing genres.
For the love of Leon 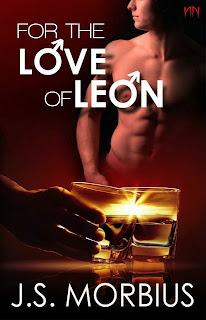