Happy Wednesday to one and all!  It's time for the Mid Week Tease! Where an  amazing group of writers gather to tease you with an excerpt from a completed work or WIP. Please follow the links and show some love by reading and commenting on the writer's awesome work. It means so much to them.

This week my excerpt comes from a WIP 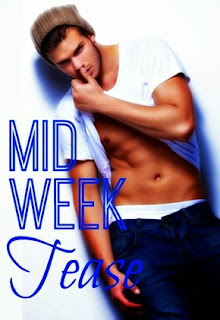 Frank eased down from the train on to the platform and looked all around him. There were quite a few people milling around, and he didn’t see anyone at first that he knew. Suddenly he heard a shriek.

The sound of his name rang in Frank's ears as someone charged toward him.

As they neared, Frank recognized a short, dark haired woman of about nineteen, who was Ruth, his younger sister. He stopped, and dropped his bags on the platform, holding his arms out to her, laughing.
She launched at him, however and flung her arms around his body, almost knocking him flying.

“Hello Squirt,” Frank laughed as he swung her around. “Still a titch I see.”

“And you’re a beanpole,” she retorted. “And a pale one at that!”

“Like a hole in the head! Of course I have, you daft thing.”

Frank looked down at the wedding band on Ruth's third finger. He frowned, realizing she had gone through with the marriage despite his reservations. He remembered receiving a short letter from Ruth, explaining that after her pregnant, Ruth's boyfriend Derek had promised to make things legal and marry Ruth.

Frank didn't trust him, however, and knew this would be the end to all of his sister's plans for the future. He had taken an instant dislike to Derek, the first time he set eyes on him. There was something he reckoned he was keeping from Ruth and therefore someone not to be trusted.